The Birth of the Bright Abyss was inspired by my yearlong collaboration to create a new image for my website. And dude! It was such a fun endeavor! So much so that I created a short comic out of it. But if I had to boil down what truly inspired the story itself, I would narrow it down to three things: my original logo, the song Black Hole Sun by Sound Garden, and a sprinkle of Nietzsche’s philosophy.

When I originally launched Bright Abyss Webcomics, the website was as basic as 90’s cable for my failed-to-launch graphic novel: it had a single page viewer, an archive, and a logo. My original logo was of a Penny-esque woman wearing a ram’s skull with a fish-scaled veil. This tribalistic miss was supposed to symbolize a Capricorn, my zodiac symbol.  I’m not one of those horoscope maniacs but I have come quite fond of my birth symbol, simply because of its dualism. I see the creatures as two perspectives of myself sometimes: aspects of good and evil in one person that is conflicted by both being present inside her. A lot of my comics and stories will have protagonists faced with these kinds of inner-moral-conflicts.

After I posted my fan comic for LANCER, I realized I was going to need help managing multiple comics on my one website. Plus, the site’s overall appearance needed a face-lift to be edgy enough to catch the eye in today’s saturated digital market. So, I hired Expand Designs to manage my website while I created some new content. But ExDes was more than just some IT engineer. He truly wanted to create a website that personified my dreams. He asked a lot of thought- provoking questions about what I wanted the Bright Abyss to be: what is in the Bright Abyss? What do the stories stand for? And who is that mystique woman in the logo? As I began to paint a cosmic horror theme for the website’s appearance, I also started to think about why I chose these concepts in the first place.

I remembered why I choose the name “Bright Abyss”:  It was a Nietzschean slang I picked for a synonym to Black Hole Sun, the first working title for the website, a name I choice after my favorite song by Sound Garden. However, on second guess, I decided not to use the song title because it felt wrong — as if I was trying to capitalize off of Cornell’s success (He owned that song, perfectly from start to finish). But I will never forget being an eight year old girl and seeing Sound Garden’s music video. I watched as this god-damning vacuum of red doom sucked up all the decadence, everything wrong, bizarre, and terrifyingly real in the world. It was awe-inspiring. That is what I wanted the Bright Abyss to be: a place where the stories are so horrifying it strikes awe in those who witness it. And so, I decided to use that black hole sun concept for my logo girl and her story.

So as I was hashing out new logo ideas, I started writing a background story for the Bright Abyss Miss. I used a lot of my love of mythology, Nietzsche’s eternal return concept, and the black hole sun to make a creation comic: Two celestial beings, a god and goddess that dance immortal over the eternally turning wheel of time. Abyss Boy, the god of greed and violence, the monster of more and the purest of nihilists, has eaten the last of the universe.  The only thing left to eat is the Bright Miss, a guardian goddess of absolution, submission, and mistress to the black hole sun, the great equalizer. As the abyss devours her planet, she unleashes the black hole sun, a brilliant beam of blue white light, which triggers the Big Bang for the next universe, in one great returning. But just as the brightness absorbs the abyss, it also disperses evil throughout the universe once again. This includes going into the goddess herself, who has transformed into Bright Abyss Miss, the mistress of nightmarish visions, keeper of the most horrific truths. I wrote whole story of the two pretty-hate-filled lovers down in poem, and the rest became The Birth of the Bright Abyss.

I suppose the moral of the story here is: take those little inspirations in your life, combine them into a bright, warm ball of you, and use it to leave an awesomely big impression on other people’s lives.

And never forget what helped create the person that is you in the first-and-foremost. 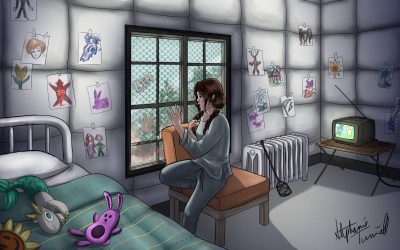 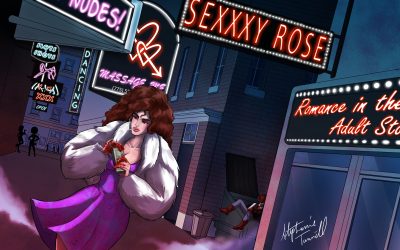 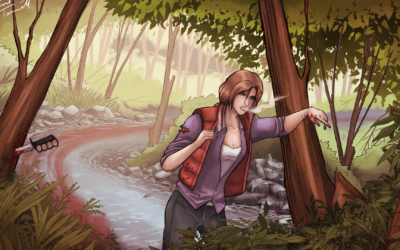